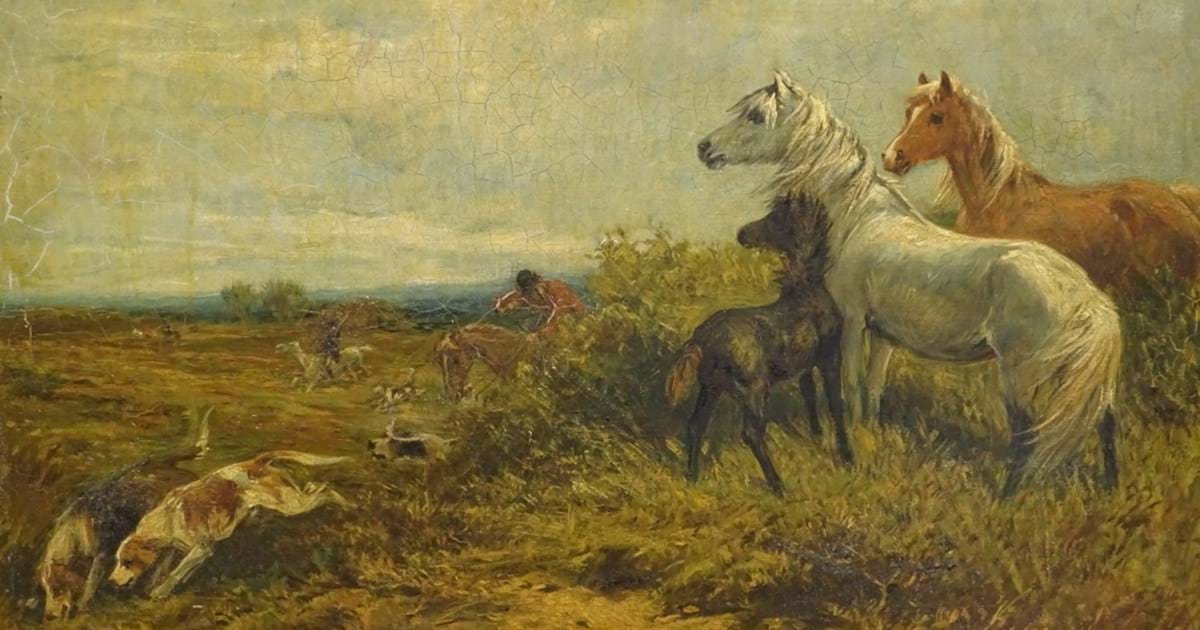 A painting by a Norfolk artist topped the Lincoln Fine Art auction where it sold for nearly twice its pre-sale estimate to an American collector for £4,600.

John Emms was born in Blofield, Norfolk in 1843;  he followed in this father’s footsteps to become an artist and in 1866 had his first painting exhibited at The Royal Academy. In 1872 Emms moved to Lyndhurst in The New Forest where be became an assistant to Lord Leighton – one of the leading Victorian neo-classical painters.

John Emms’ style of painting best allowed him to show character and personality.  He became known for his sporting and animal pictures specialising in foxhounds.  His ability to capture the expression within the animals both with humour and detail won him praise and a following which continues to the present day.

Two other works by Victorian artists similarly sold well above estimate at the auction.

James Ulric Walmsley (1860-1954) was a known portrait painter and for a time lived in Rome, but it was a watercolour closer to home which sold for £1,200; Titled Robin Hoods Bay it was signed and dated 1912.

Abel Hold was born in Yorkshire in 1815 and specialised in painting birds.

It was an oil painting of a Bird’s Nest in naturalised setting which caught the eye of bidders.  The picture signed and dated 1875 again sold for £1,200.

An artist signed, coloured print titled The Level Crossing, Burton on Trent, saw the bidding pass the top estimate as the hammer fell at £3,200.