A box of delights

The Grantham Collective Sale on August 29th provided a number of excellent results, with furniture seeming to turn a slight corner, gold prices as punchy as ever and collections of silver, jewellery and pottery - from tea services to wall plaques - providing pleasing outcomes.

It was however an antique inlaid box which soared away making hugely more than anticipated. Originally dated as early 19th century, it could well have been from a century earlier. The box displayed Indian certainly and perhaps Portuguese influences as well, but what was undoubted was the craftmanship and high levels of work gone into the carving and hollowing out of a great amount of mother of pearl which smothered the carcass. 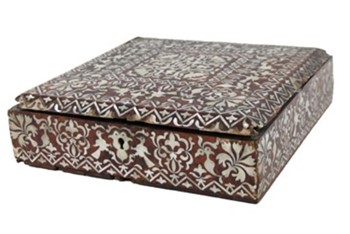 Condition was not great with many losses, the interior was ragged and the item had seemingly been in a damp environment at some point. What was undeniable though, was the quality; it was hugely impressive for such a large piece and an enormous amount of work from a master craftsperson had gone into its production. 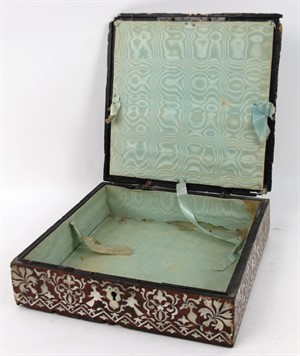 The hammer price of £7500 blew away any presale estimates and the writing was on the wall that it was indeed a spectacular item with the three telephones, ample interest pre-sale and the internet online bidding war which took place to secure it. 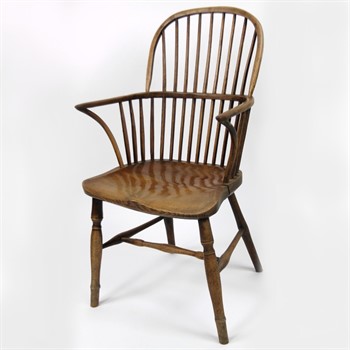 Traditional items also showed pleasing results. A Grantham Windsor chair made £450 and there was a genuine buzz for the more traditional furniture items with a Georgian bureau, all-be-it of good quality and proportion, making a solid three figure sum. Bidders were in force for the more modern articles, light Ercol, Ladderax and marked G-Plan were all making good sums with the former two soaring above estimate. 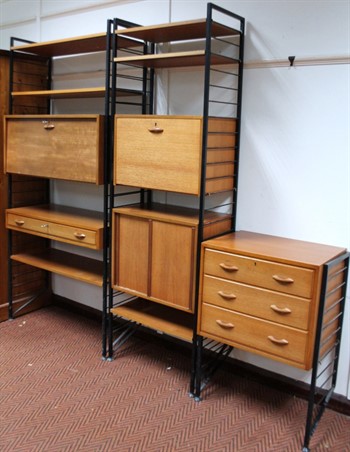 Bosson's plaques sold well in this difficult market, Old Country Roses and Doulton also shone in the pottery section and it is pleasing to see the modern items aren’t always leading the way in the price stakes.

On this evidence, pictures, Georgian furniture and dare I say certain ornaments are making a comeback: now is the time to buy!

The next Grantham Collective Sale to do this will be on the 26th September, where an entire farrier’s workshop will be offered amongst other things. We are still taking in for this sale until the 12th September, so come and see us if you have anything of interest.