Watch Saleroom manager, Alastair McPhie-Meiklejon, preview automobilia relating to the BRM F1 racing team, which goes under the hammer during the 150th Anniversary sale at The Bourne Auction Rooms on Tuesday 2nd September.

Lots include a 1963 Race Diary including Grands Prix owned by ERA/BRM F1 racing team boss Raymond Mays, Grand Prix posters and goggles as worn by Ken Richardson, Chief Mechanic and Test Driver for Raymond Mays during their most revolutionary period. 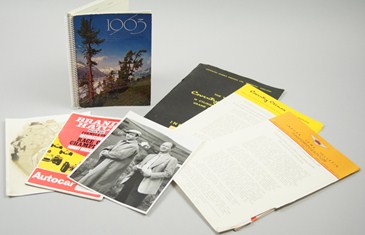