A charming autograph album filled with an eclectic mix of modern-day autographs juxtaposed with Edwardian drawings, verse and other messages from the turn of the century will go under the auctioneer's gavel on April 9.

In Edwardian times autograph albums were used to record short verses, passages, quotes, messages to loved ones, drawings and paintings. In modern day we often see celebrity fans fighting to be the one who gets an autograph on a tennis ball, football, clothing or in a book. 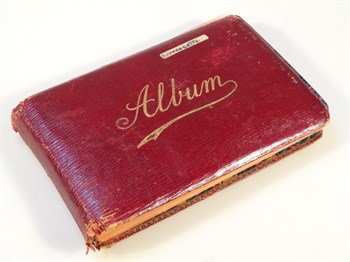 The autograph album, Lot 35, belonged to Cyril Cobb, a chauffeur and doorman who worked at the Dragonara in the 1970s - a trendy Bristol hotspot for the rich and famous. Whilst there he obtained signatures from celebrities who were staying in the hotel whilst performing locally. Signatures include Terry Wogan, Barbara Dixon, David Essex, Billy Connelly and Christopher Biggins. Cobb was also a keen racing fan and acquired a rare autograph from jockey Lester Piggott. 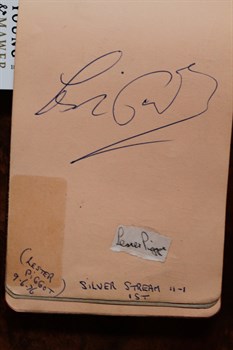 "We've been told by the Vendor's daughter that Cyril came across Lester at the races and after initially declining a request for his autograph, relented when Cyril told him about how he had watched his first ever race." Said Andrew Doubleday, Grantham Saleroom Manager.

"The album was left to Cyril by family friend Winifred Roberts, who would visit his foster mother every Friday in Bristol. Winifred would only have been a young girl when she acquired the Edwardian entries from family and friends." 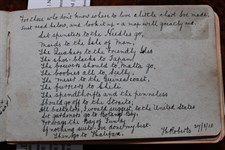 The live auction will take place at The Grantham Auction Rooms on April 9, from 10am. The full sale catalogue can be viewed online at www.goldingyoung.com. Viewing will be open between 10-4pm on April 8, and 8.30-10.00am on the morning of the sale.