Over £50,000 of pictures were sold during the May Fine Art Auction at the Lincoln auction rooms

The two highest achieving pictures were an oil on canvas titled 'A lady in oriental costume' by Walford Graham Robertson (1866-1948) and Steven Townsend's watercolour 'Cheetahs', which both sold for £2,600 in the sale at Golding Young & Mawer on Wednesday (May 28). The former was consigned by a local collector and was bought by a London gallery bidding over the Internet, and the latter sold to a telephone bidder competing with others in the room. 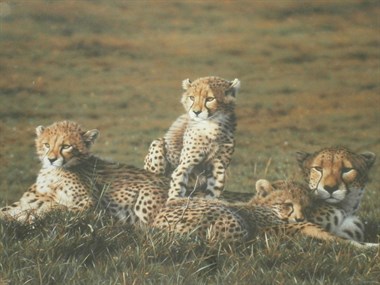 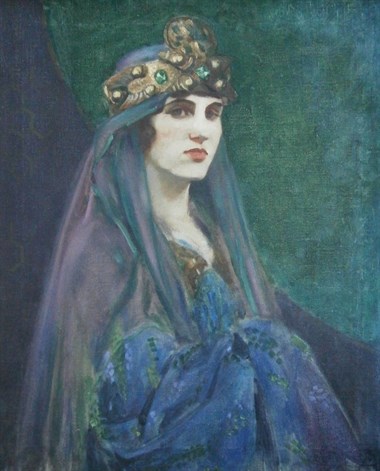 Auctioneer William Gregory said: "The second Fine Art auction of the year was particularly well-attended with a large number of bidders in the room, several telephone lines booked for the most sought-after lots and keen live bidding on the Internet.

"With enthusiastic and knowledgeable bidding by collectors and galleries, many of the lots outstripped their estimates."

The sale started with a landscape watercolour by Peter de Wint (1784-1849) of cattle, geese and a lady washing clothes beside a river which sold for £1,650 to a buyer in the room, whilst a watercolour of a Pomeranian by Nicolas II Huet (1770-1828), signed and dated 1819, was keenly contested by four telephone bidders to sell to a London gallery for £2,400. 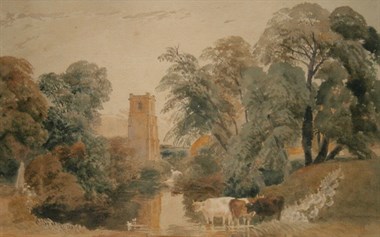 A watercolour and gouache painting titled 'Wild flowers and fence' by the New Zealand artist Frances Mary Hodgkins (1869-1947) sold to a collector from New Zealand for £2,400.

An oil on board by the Cleethorpes-born artist Peter Arthur Brannan (1929-1994) titled 'Flowers in a blue jug', signed and dated 1993, sold to a collector from the Newark area for £420. Brannan lived at Newark for 30 years and was a President of the Lincolnshire and South Humberside Artists.

In a section of pictures depicting scenes of Lincolnshire and those by county artists, four screen prints by the pre-eminent British 20th century artist John Piper (1903-1992) made particularly high prices. Depicting Harlaxton Manor, near Grantham, the screen prints had been entered into the sale by a collector from Stamford and each had been featured in Orde Levinson's book 'The Prints of John Piper: Quality and Experiment'. 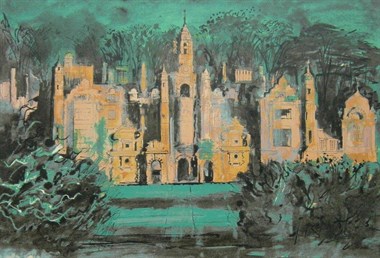 Hailed as one of the most versatile and interesting British artists of the 20th century, Piper was at the cutting edge of many elements of the British art scene. He achieved the highest respect for his works in stained glass and ceramics, his stage, set and costume designs, prints and writings.

Of the three oil on boards of Boston including The Stump by the local artist John Grimble, the highest price achieved was £70 for 'Boston over the Harbour'. 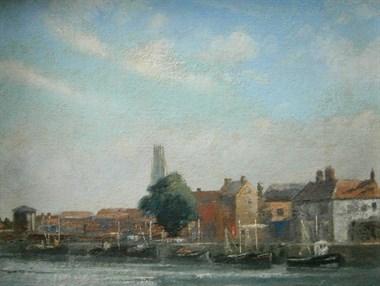 A watercolour by William Bartol Thomas (1877-1947) titled 'Boston - view from over the train tracks' sold for £380 to a collector from the town, while 'Lincolnshire river landscape' by the same artist made £300.

Works by the Lincoln father and son artists John Danby Wheeldon (1914-2008) and Robin Wheeldon (b.1945) were also included in the local section of the sale. The works by JD Wheeldon depicted scenes of Lincoln and the surrounding area including Hall Top Farm at Heighington and the Wesleyan Chapel, Clasketgate, Lincoln, were signed and dated 1961 and made £550. Meanwhile, the oil on board by Robin Wheeldon showing a crop sprayer landing at the old RAF runway at Skellingthorpe, Lincoln, with the city in the background sold for £110.

Following an exhibition of original paintings and prints by the artist Vincent Haddelsey (1934-2010) at Lincoln's Sam Scorer Gallery in May, three pictures by the artist were included in the Fine Art auction. Of these, the signed limited edition print 'The Hunt over the Fields' made £220.

The sale also featured some interesting hunting and shooting pictures including two signed watercolours by John Cyril Harrison (1898-1985). The first, titled 'Blackgame, winter' sold for £900 and the second, 'In the Glade - Woodcock', made £800.