Heirlooms from Gainsborough engineering family Marshalls to be sold at auction

Antiques and collectables belonging to one of the last members of the Gainsborough engineering family Marshalls will be sold at The Lincoln Auction Rooms in a specialist Country House Sale on Friday 28th July and Saturday 29th July.

Nigel Marshall was the great-great-grandson of William Marshall who founded the engineering works, Marshalls of Gainsborough in 1848. A former solicitor, Mr Marshall lived at The Old Rectory, Lea, Gainsborough until his death in February this year.

Now, on the instruction of the executors, the contents of The Old Rectory will be sold in a two day country house sale at auctioneers Golding Young & Mawer’s Lincoln saleroom on Friday and Saturday, July 28th and 29th.

Auctioneer Colin Young said: “We are delighted to be able to offer for sale the contents of The Old Rectory at Lea. Mr Marshall had a varied collection of good quality antiques, many with a local connection, and we have already received a great deal of interest in many of the items.”

The executors of the estate said: “Marshalls of Gainsborough was for a century a leading engineering concern, manufacturing at the Britannia Works (now Marshalls Yard). Established there in 1848 by William Marshall (c.1812-1861), the business was greatly expanded by his two sons, James Marshall (1837-1922) and Henry Dickenson Marshall (1840-1906). Marshall, Sons & Company Limited, incorporated in 1862, made traction engines, tea-processing equipment and, later, tractors, employing at its peak more than 5,000. 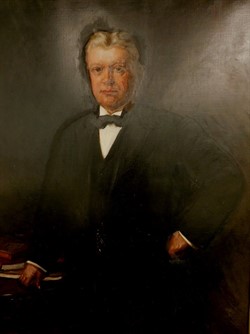 “Nigel Bernard Dickenson Marshall was born in 1935 and lived much of his life at the Old Rectory, Lea, near Gainsborough, which his parents bought in 1947. Educated at Rugby and Queens’ College Cambridge, he was a solicitor in London. The great-great-grandson of William Marshall, he was the last Marshall of his branch of the family. Following his death aged 81 early in 2017, the contents of the Old Rectory now being sold include many items with associations with the Marshall family, which for a long time played an important part in Gainsborough life.”

In 1848, William Marshall bought the defunct engineering works of William Garland and Son at Back Street Foundry in Gainsborough and renamed it the Britannia Iron Works. The company produced road steam engines, threshing machines and agricultural machinery. After William’s death in 1870, his sons James and Henry Dickenson Marshall took over the company and by 1881, 1137 men and 137 boys were employed there.

During the First World War, the workforce grew to 5,000 to cope with the production of munitions and after the war, the company went back to producing traction engines, steam rollers and tractors. Business declined in the 1970s and the company closed its doors for the last time in the 1980s. 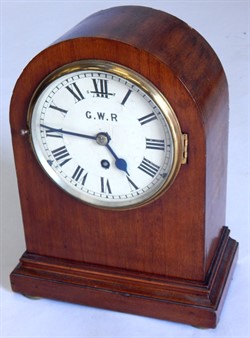 Among the items featured in the sale are 40 railway clocks from different railway regions including GNR, The Midlands Railway, SER. GWR and LNS and a German tinplate static engine, dating from the early part of the 20th century, by D.R.G.M. There is also a late 18th to early 19th century Chinese square section vase decorated with birds and flowering prunus branches, an Italian figure of a boy by Gemito and a rare early 19th century pearlware jug of the Horncastle Volunteers dated 1806. 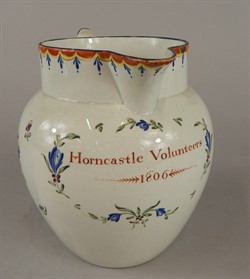 An early 20th century patent oak tantalus with revolving door and a number of original fittings including decanters, ice picks and cocktail shakers is set to attract a lot of attention. There is also a Russian Niello cigarette case marked Moscow 1896, two George V silver desk clocks, a number of silver tea sets and sets of cutlery.

Meanwhile, collectors are sure to be bidding on an album of cricket autographs including those of Donald Bradman, Herbert Sutcliffe, a number of members of the Australian touring party and other famous cricketers from the 1940s and ‘50s.