One of Lincolnshire's oldest auction houses, Golding Young & Mawer, has celebrated the 150th year of the company's history.

To commemorate its anniversary year, the Auction House held a special three-day sale in which over £400,000 was spent on 2,626 lots by in Bourne, Grantham and Lincoln. Over 1,300 buyers were registered to bid online as well as the those in attendance and on the telephone.

The highlight of the entire event occurred on the second day at The Grantham Auction Rooms when an early 20th century enamel desk clock by Cartier exceeded expectations by selling for £25,000. 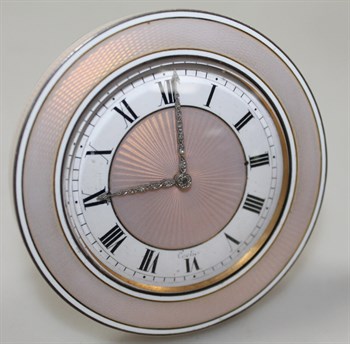 Like all the best auction stories, the vendors had no idea of its value when they brought it to the free Monday valuation morning in Stamford. Auctioneer Craig Bewick recalled how the lady told him the clock was among her late-husband's possessions and her daughter had seen one sell in London for £6,000.

The item had a high quality look to it and great appeal, after all it had a world-class name, was usable, small and made in the early 1920s at the high point of quality at Cartier.

The clock comes in two standards, silver and brass. Silver examples make around £10,000, but this was the lesser brass version. Estimated at £1,800-2,500 with a caveat that the auctioneer's felt it would achieve a premium on sale day. And they were right!

As the bidding opened with TV auctioneer Colin Young on the rostrum, seven bidders were waiting on the telephones. Craig recalled: "There was great excitement as the lot came up and bidding went very briskly."

As the price rose and most of the bidders dropped out, it was a battle between a telephone bidder from Switzerland and another bidder in the room who had travelled to the auction house especially.

Craig added: "The successful bidder was the telephone bidder from Switzerland. I made the bids on his behalf and he was calm and ice cold. He waited until everyone was out on the phones before taking on the bidder in the room who was visibly disappointed at losing out. But there is always an under bidder and as the gavel fell at £25,000, there was a round of applause from people in the room for his valiant efforts!"

As for the vendors - unbeknown to the auctioneers, they had watched the action unfold in the auction room and phoned within minutes from outside to check the figure was correct. Needless to say, they were delighted!

Elsewhere in the sale, a Louis Vuitton trunk sold for £4,600 at the Bourne sale, whilst a painting by the artist Eugene Verboeckhoven made £4,000. 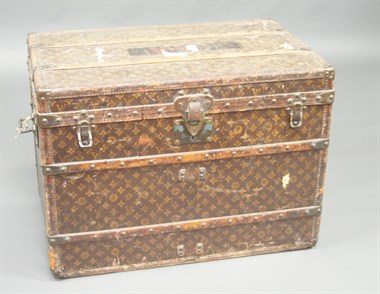 An oil on canvas of three horses feeding with two fancy pigeons by the artist John Frederick Herring Senior (1795-1865) sold for £8,200. The highlight of the Asian Art section was a Japanese carved ivory Okimono figure which sold for £2,200. 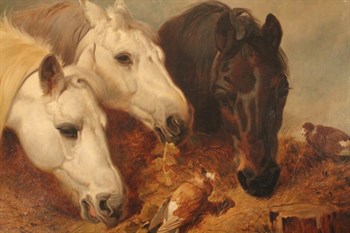 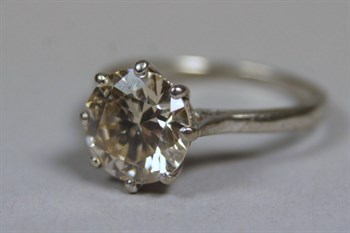 Local artists featured heavily in the Fine Art section with an oil on canvas by the Lincolnshire artist Vincent Haddelsey, titled 'Village of Old Bolingbroke' and dated 1970, selling for £3,200 against an estimate of £800 to £1,200. 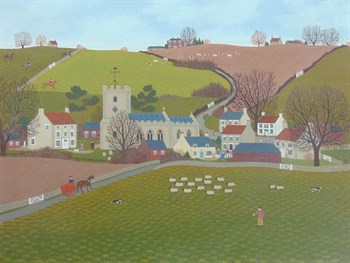 Golding Young & Mawer was started in 1864 in Lincoln by Thomas Mawer, who was followed by Fred and Ron Mawer with premises in Guildhall Street.

By the 1950s, the company was selling from 63 Monks Road opposite the cattle market. In 1984, it was purchased by Clinton Slingsby and in 2000, the business moved to Dunston House, a former Victorian schoolhouse on Portland Street where it remains today.

Thos. Mawer and Son and the Grantham Auction Rooms of Golding Young, under the leadership of Colin Young, were merged in 2010 to form Golding Young & Mawer. A later merger with The Bourne Auction Rooms, formerly of Richardsons means the firm has virtually a sale every week across the three Lincolnshire Auction Rooms.